what is opensource and why do i feel so guilty?

Last November I was invited to speak in Paris. I had just taken a new job with a company called Obvious and I was pretty confident that this was going to be my last talk – maybe ever.

I had been discussing/thinking about this idea of guilt for a while (in particular the feeling of guilt that comes with maintaining an opensource project) and felt like the venue that dotjs was providing made a lot of sense. I also thought the French would be sympathetic and less likely to boo me off stage – which was essentially true.

I think something which works really well in this talk (while simultaneously being something I should apologize for) is that I prepared a 1 ½ hour presentation and then tried to deliver it in 20 minutes… in the actual video you’ll see about half way through the organizers turned off my 20 min countdown (I was the last talk of the day and in hindsight i think they were...

The other day in IRC my good friend Divya brought up Dustin Curtis’s recent blog posts by saying “it seems like he’s so sad.” 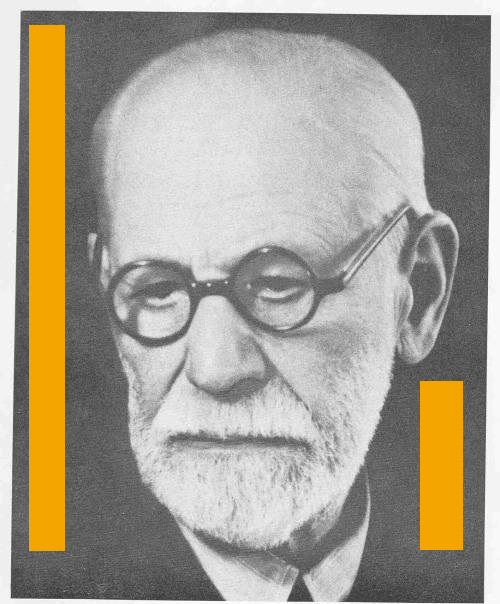 To be sure, Dustin’s more recent writing covers topics that his blog has been more or less focusing on since it’s inception (largely tech), but this undertone of “sadness” seems more explicit than in the past.

And it was precisely this explicitness – and perhaps my proximity to this particular story – which served as a reminder of the transparency and vulnerability inherent in writing.

After leaving my job at Twitter, I decided to take a break from writing here. But I didn’t stop writing code (perhaps i even wrote more of it).

Sigmund Freud has this line:

Unexpressed emotions will never die. They are buried alive and will come forth later in uglier ways.

What I hadn’t anticipated, was that the “uglier way” Freud was talking about would be...

A good friend wrote me a few years ago with the subject: rien ne tient en place. I don’t speak French. But google assures me it means: nothing holds it in place. 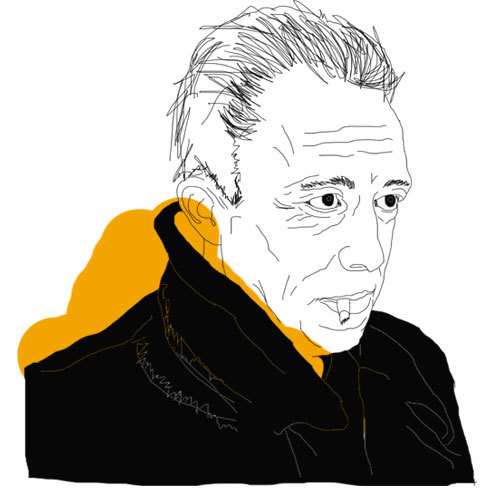 One time after class, a professor shared he had been translating books on the side. He found it somewhat entertaining and a good source of additional income. We talked about it for a while and by chance I mentioned I only spoke english. To this he asked:

If I were translating a book, and found a hole in the discourse (or an “odd” transition from one chapter to the next), would you expect me to translate the text word for word, or attempt to fill in the blanks?

Up until that point I had never really considered the latter possibility. I had always expected a completely literal, almost mechanical translation.

So you can imagine how crushed I was when he told me that he had not only added sentences and paragraphs, but...

Today’s contribution comes from another good friend of mine, [Divya Manian](//twitter.com/divya). Worried that my introduction was sounding a bit too “officious"… I’ll just say I met Divya on a boat full of JavaScript nerds in Austin, where she went on at length about how she hated how i wrote code. Despite this, she’s incredibly talented, well read, and offers a really interesting perspective on web development and the community at large. You should definitely also check out her writing here and please, let us know what you think on [twitter](//twitter.com/divya)!

From Ozymandias by Percy Bysshe Shelley:

And on the pedestal these words appear:

"My name is Ozymandias, king of kings:

Look on my works, ye Mighty, and despair!”

Nothing beside remains. Round the decay

Of that colossal wreck, boundless and bare

The lone and level sands stretch far away.

I have been an idol-worshipper for...

If you’re unfamiliar with Chomsky, he’s a largely well regarded, American intellectual and MIT professor of Linguistics and Philosophy (emeritus). And yet, despite his accolades, his dismissal of the Postmodern movement itself isn’t anything special.

What’s truly great however, and really worth considering, are the grounds by which in this post he issued his dismissal. 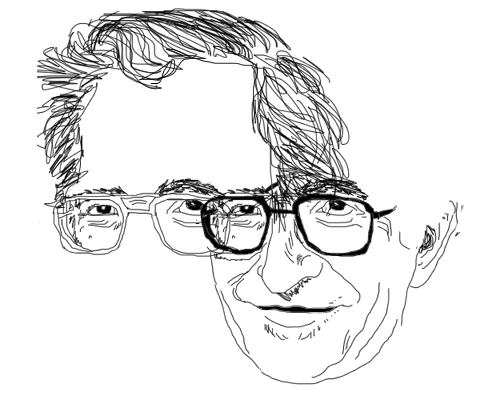 In a single gesture, Chomsky threw out everything offered by Lacan, Derrida, Foucault, and countless other “Paris Intellectuals” on the basis of dialect alone: a Postmodern dialect, which he found to be incompressible, “gibberish.” Latent with what he describes as “three-syllable words, incoherent sentences, and inflated rhetoric that (to [Chomsky], at least) was largely meaningless,” Postmodern writing not only turned Chomsky off on its...

The following article was written by my good friend and colleague, [Angus Croll](//twitter.com/angustweets). Angus works on the web core team at twitter, talks at conferences around the world, and runs an amazing [blog](//javascriptweblog.wordpress.com) on javascript. Beyond this, he’s also a huge book nerd, so I thought it would be fun to get him to write about code from that perspective. Check it out! And let us know what you think on [twitter](//twitter.com/angustweets)!

The New Book “If Hemingway wrote JavaScript” is out in September 2014.
Pre-order your copy here!

I loved literature long before I ever wrote a line of code. Now I write JavaScript, lots of it, and I’m writing a book about it.

What is it about JavaScript that attracts so many literature devotees? I have a few half-baked theories relating to the expressive potential of a limited syntax, but that’s for another...

In 1981, the Danish filmmaker Jorgen Leth invited artist Andy Warhol to his New York studio to film a short scene which focused on Andy eating a hamburger. If you haven’t seen it, watch it now. Through this film, we see an otherwise ordinary activity reinterpreted as art. A gesture not unlike Duchamp’s fountain. 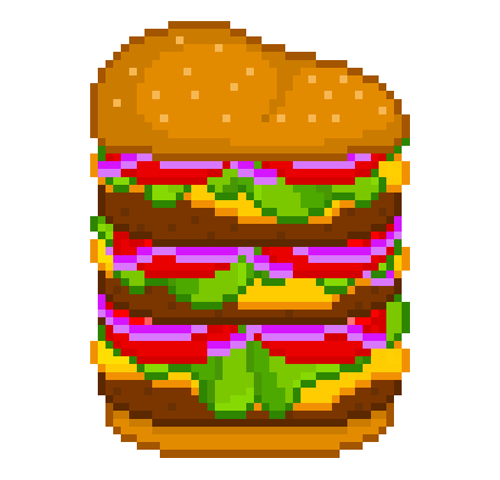 A little over a year ago, Elliot Cable began a similar experiment. He began collecting and contributing various code snippets to dribbble (an invite only, show and tell site for designers). Elliot later commented on his “shots”:

I know Dribbble isn’t Forrst. I’m not posting my code as code, I’m posting it as visual art. I consider source code a medium for artistic expression, hence why I’m posting my work here in this way. I’ll be trying to post shots from various languages / markups, in various styles; anything I consider to be visually interesting. I also may be adjusting...

i think there’s something to intimacy. even though it’s almost certainly the wrong word for what i’m talking about (i really mean something closer to a gender-inclusive-bromance). 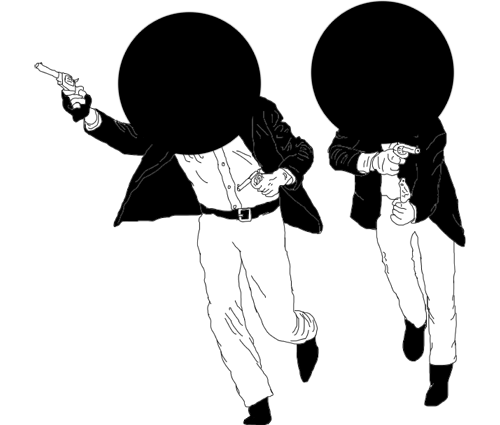 arguably, the greatest philosophical work of the last 100 years, “A Thousand Plateaus,” was written by two men, Gilles Deleuze and Felix Guatarri. just after Felix’s death, in a letter to Kunicchi Uno titled “How Felix and I worked together”, Gilles Deleuze wrote:

Our differences worked against us, but they worked for us even more. We never had the same rhythm. Felix would sometimes complain that I didn’t respond to the long letters he would send me: it’s because I wasn’t up to it, not at that moment. I was only able to use them...

I offered the following bit of advice on twitter.

Drop out of school or study english. That’s how you win at javascript.

A number of people agreed. A number disagreed. But the vast majority suggested I was being controversial for controversy sake. Or a “hipster.” Or something. This is not the case. So, in an attempt to rectify that, I offer you this sincere exegesis of my tweet and my first weekly installment to the svbtle network.

Ben Shahn is an American artist who gave a series of lectures at Harvard which were later collected into a book published in 1957 entitled “The Shape of Content.” 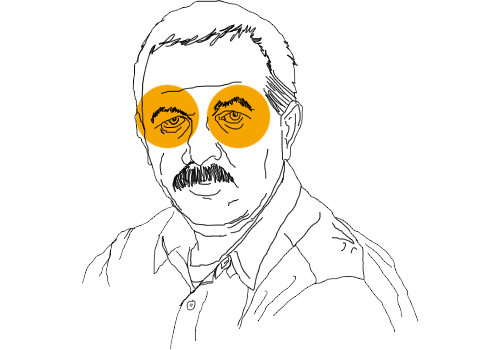 In his first lecture, “Artists in Colleges,” he posits that a successful integration of art into academic policy would be one which promotes unifying different branches of study into a “whole” culture. Here diverse fields like physics or mathematics would...